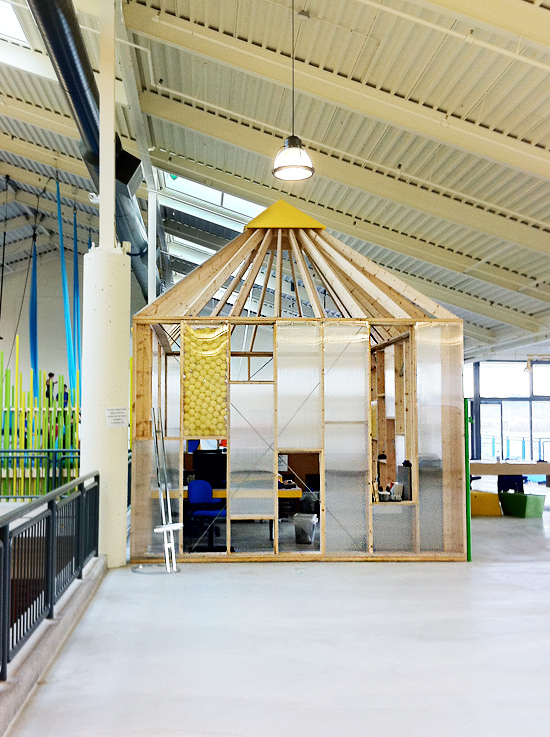 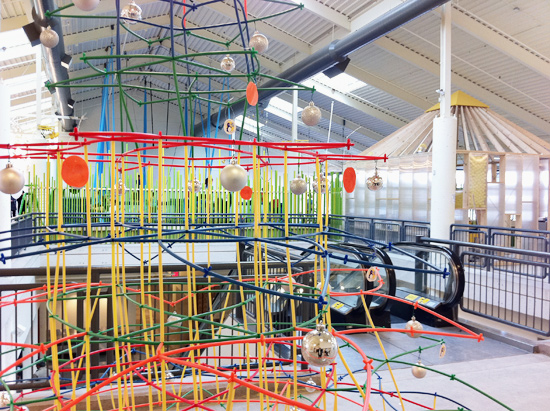 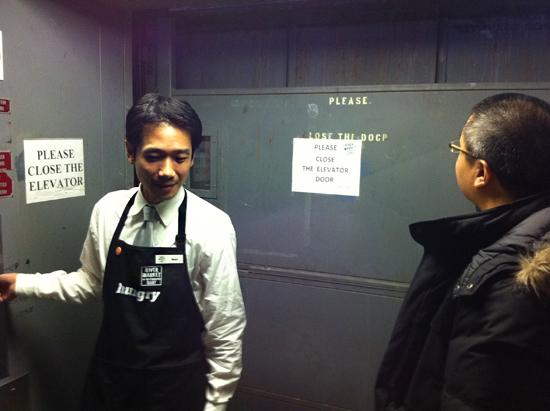 On the weekend, our friend, Mark Shieh, toured us around the new River Market at Westminster Quay. A couple of years ago, Mark took on the enormous task of revitalizing the Quay. The market was at one time a major attraction in Greater Vancouver but for various reasons fell off the map. I’ve been living in Greater Vancouver for 14 years and had never been to the Westminster Quay. I never had a reason to and no one ever talked about it. Mark and his team are changing all that.

The new market revolves around a “FOOD 360” concept. FOOD 360 is about creating a space for buying food, eating food, growing food, learning about food and discovering new food. During the early brainstorming stages of the project, Mark talked about a blue-sky scenario where residents could harvest basil that they’ve grown from the community gardens, pair them with market ingredients of their choice and bring them to a vendor who would cook up a custom pasta dish, fresh and ready to go. Another idea was to have a chef-in-residence on site to inspire visitors with new meal planning ideas.

There’s a lot of tasty ideas cooking at River Market. With Granville Island, Lonsdale Quay, the plethora of weekend Farmer’s Markets and speciality grocers, Vancouver doesn’t really need another market. Mark realized this early on and has curated an innovative set of experiences for River Market. A community garden was planted in the summer creating a hands-on connection between gardener and market consumer. A commercial kitchen called “Make” will be available for rental allowing home-producers to pack food-safe products that can legally go to market. And a cooking school on-site will add to the hub of FOOD 360 activity.

Mark once explained to me that there’s a catch-22 in development where savvy tourists only want to go where the locals are but locals don’t want to go anywhere tourists are. I think the plans for River Market wisely takes this into account. The focus on community engagement and locally-relevant programming gives locals reason to embrace the market as part of their neighbourhood life. Once things are in full-swing, there will be plenty of unique experiences to bring in the out-of-town foodies and enough art & architecture innovation to make it a design-minded destination.

River Market is being rolled out in phases or what Mark calls “courses”. The appetizer is the opening of Donald’s Market, the anchor grocer tenant. If you’re in the New Westminster area, drop by to take a look around. If you’re travelling from elsewhere, you’ll want to wait for a special event. Projects will roll out over the next few months. Valentine’s 2011 is the target date to get a critical mass of tenants and programming into the market with Summer 2011 serving up the full-course meal. 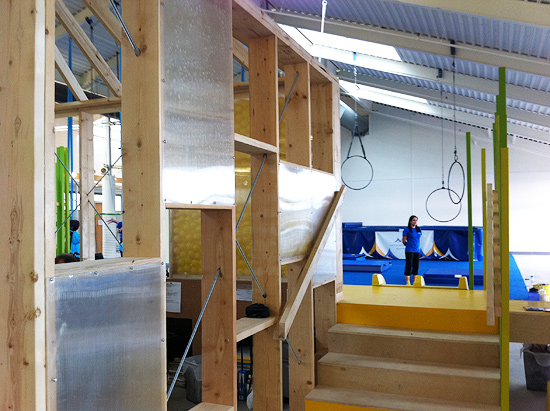 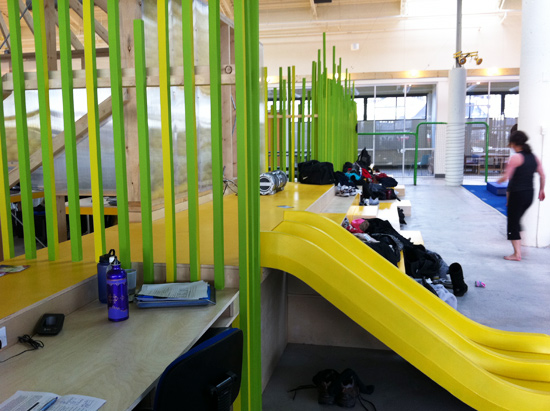 River Market’s moto is “Hungry & Curious”. The first floor is for “food for the body” (hunger) while the upper floor is for “food for the mind” (curiosity). The first thing you’ll notice upstairs is The Vancouver Circus School that takes up 6000 sq. ft. of open space. Without seeing it, I didn’t really understand the connection between a food market and circus school. In person, though, it’s brilliant and the synergy jumps out at you. The school creates a signature visual attraction both with the circus performances and with the playful landscaped architecture designed by Marianne Amodio. Mark also explained that lessons at the circus school typically run less than one and a half hours which means parents are better served by exploring the market downstairs rather than go home and come back. Again, adding to the hub of market activity.

Coming soon to the “food for the mind” floor is a boutique toy store where kids can take art classes. There’s also plenty of space upstairs earmarked for specialty programming which is currently in the early stages of planning. 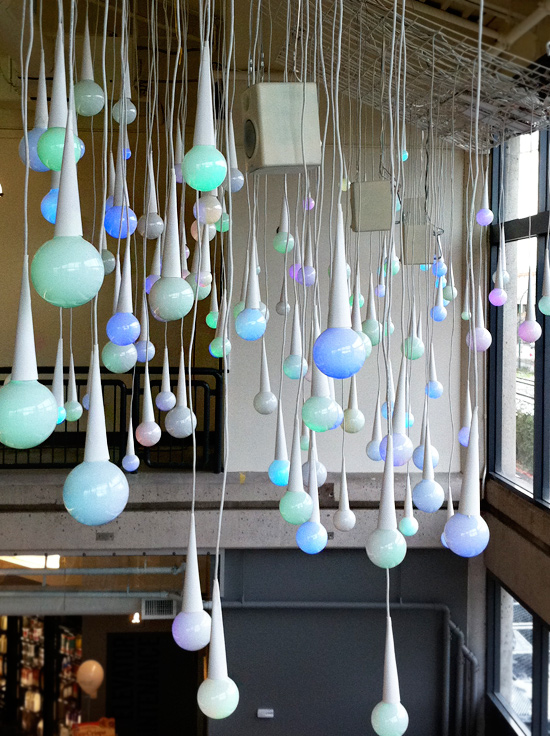 Public art like the interactive installation pictured above adorn the market. These water drop lights are connected to a weather station. When the weather changes, the lights change. There are also buttons on the railing in front of the lights that allows vistors to play the lights like an instrument. It’s playful, thoughtful and creative much like what the market is shaping up to be. 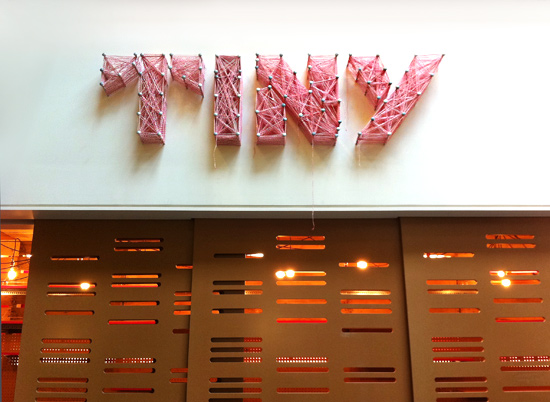 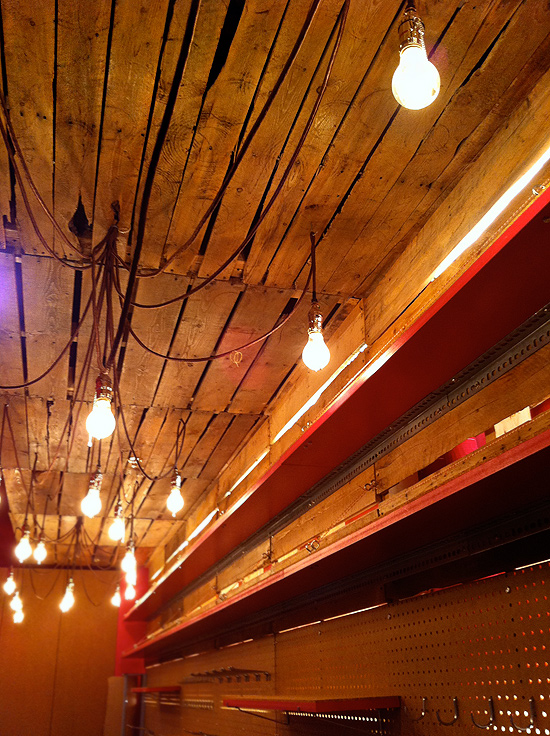 Tiny is an innovative retail concept that packages local BC specialty foods into tiny sample-sized portions. Tiny products come at a tiny price, thus reducing the barrier of entry for the everyday shopper. The thinking behind Tiny is that while a shopper might be hesitant to buy artisan jam for $12, they’ll jump at the chance to try it for $5. Once they’ve tried it, they’ll never go back to the big-box factory-made version. Or at the very least, they’ll gain an appreciation for local artisan producers and that that experience will set the table for new dining adventures. I had the pleasure of working on the brand concept with Cory Ripley (Exhibit A Design Group). So, come back here for a big update on Tiny in the near future. The wood panelling you see is constructed using discarded shipping pallets; one of the many space innovations by Marianne Amodio. 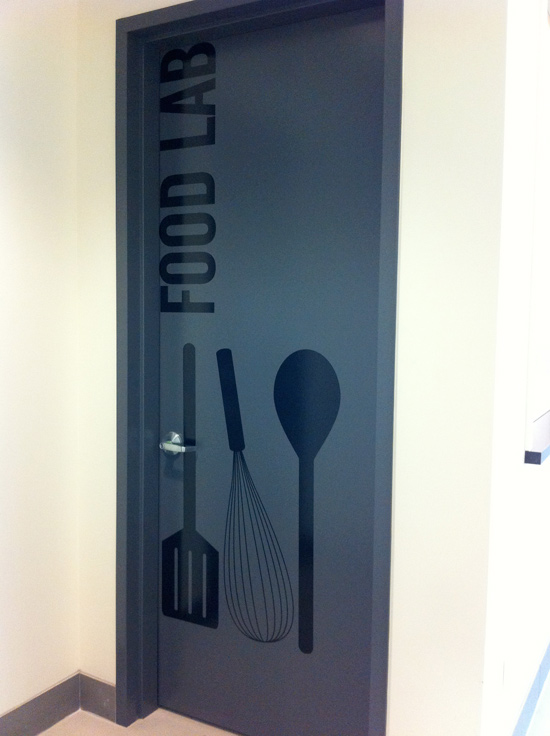 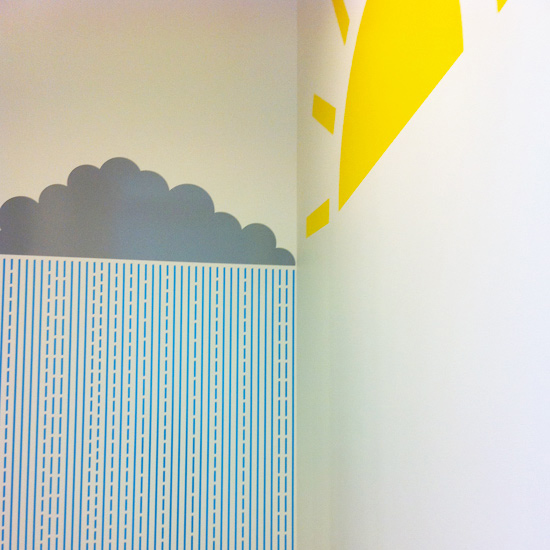 Also sprinkled throughout River Market are playful environmental graphics by Hangar 18. I love the little narrative details. For example, each washroom entrance and exit houses a metaphorical set of graphics. In the example above, it’s raining when you enter the washroom but when you leave all is sunny again. Clever, playful and surprising. This kind of detail and craft gives a space personality and meaning but it takes gutsy visionaries to see the value.

River Market is a great space with very exciting things planned. I would love to sign off with the phrase “I’m hungry for more” but Anthony Bourdain pretty much owns that one. So, let me just say, Bravo to River Market!