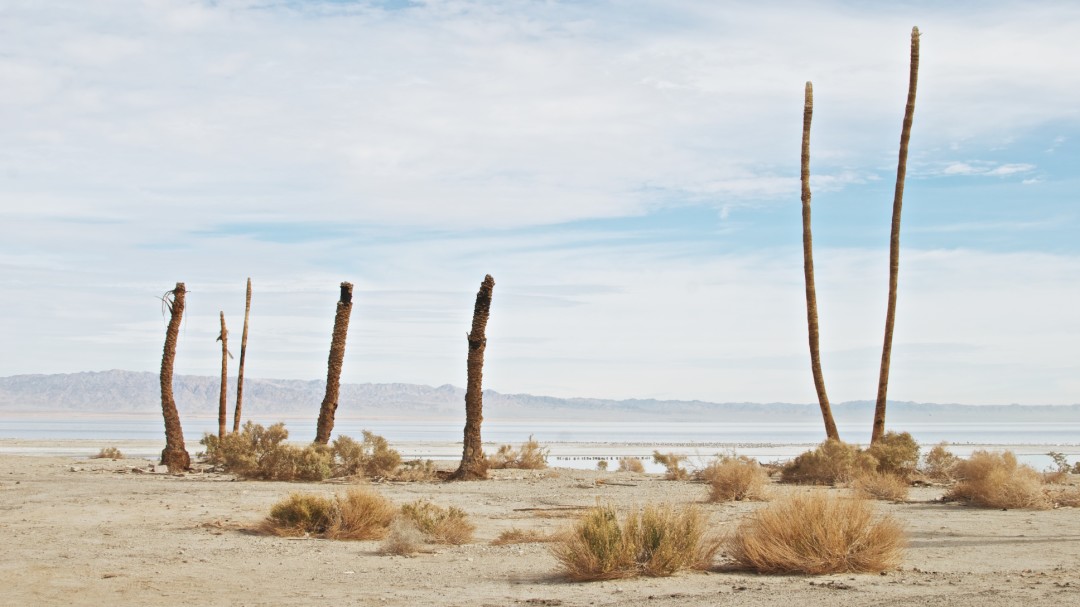 Salton City, once a booming lakeside resort town in the Salton Sea, is now sparsely populated and desolate. The only remaining evidence of the beach boom is a road glamorously named “Yacht Club Drive”. The drive is two large lanes running east and west divided by a once landscaped median. The Salton City developers obviously planned for lots of traffic but now the road leads literally to nowhere. At the end of Yacht Club Drive there’s nothing. The Yacht Club, seemingly burned down in a fire, is a modern ruin of concrete foundation and topless burnt palm trees. Strikingly, however, the harsh washed out white beach set against the stark blue sea creates a moody, eerily beautiful scene. 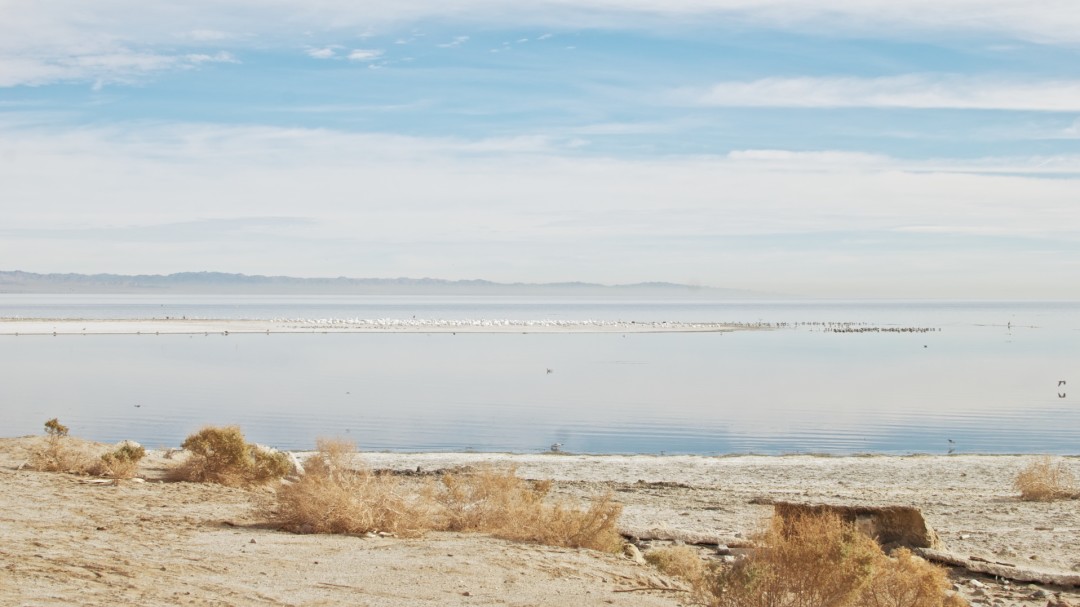 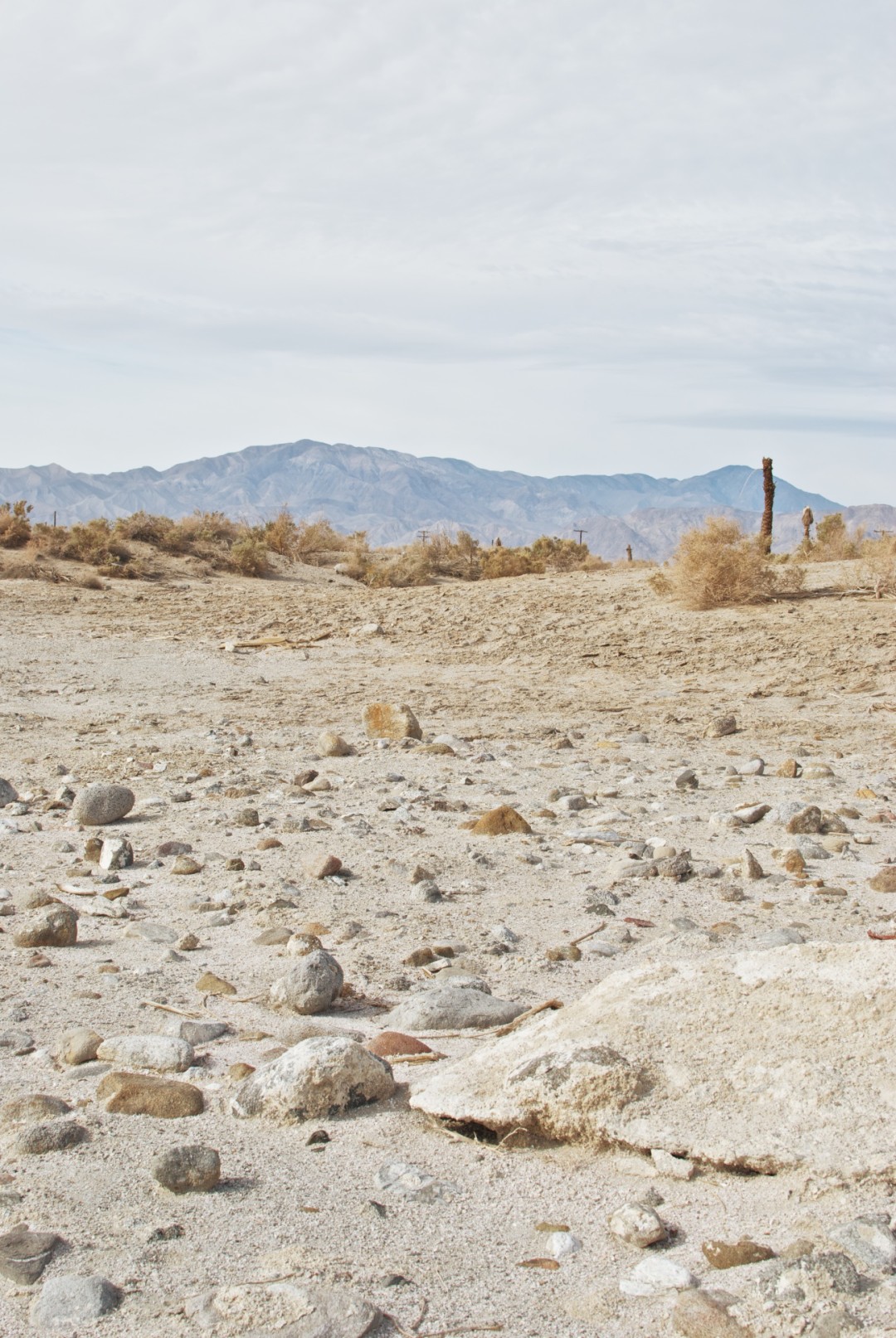 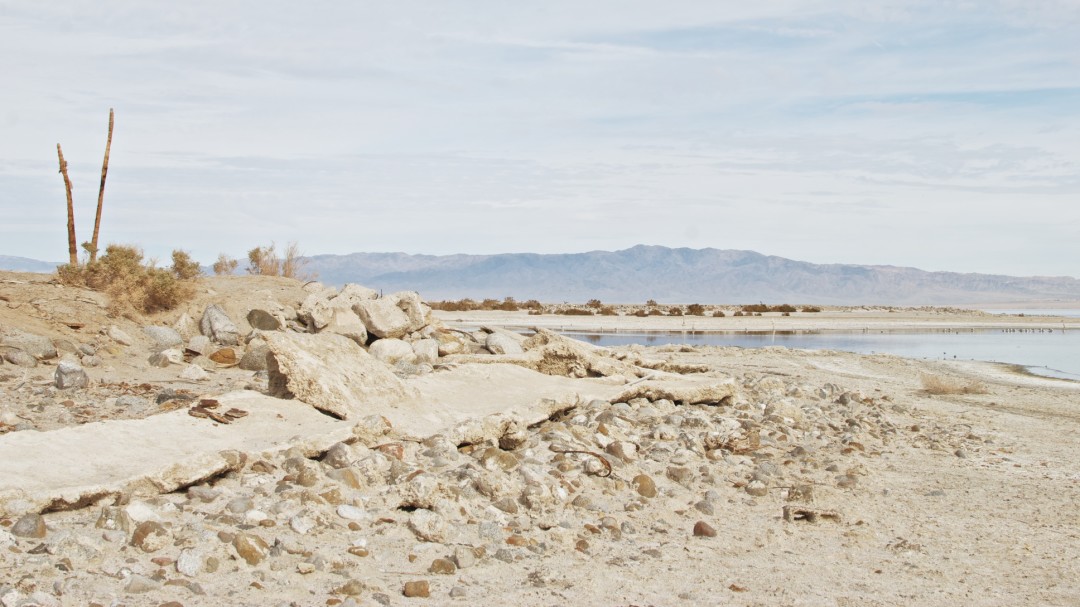 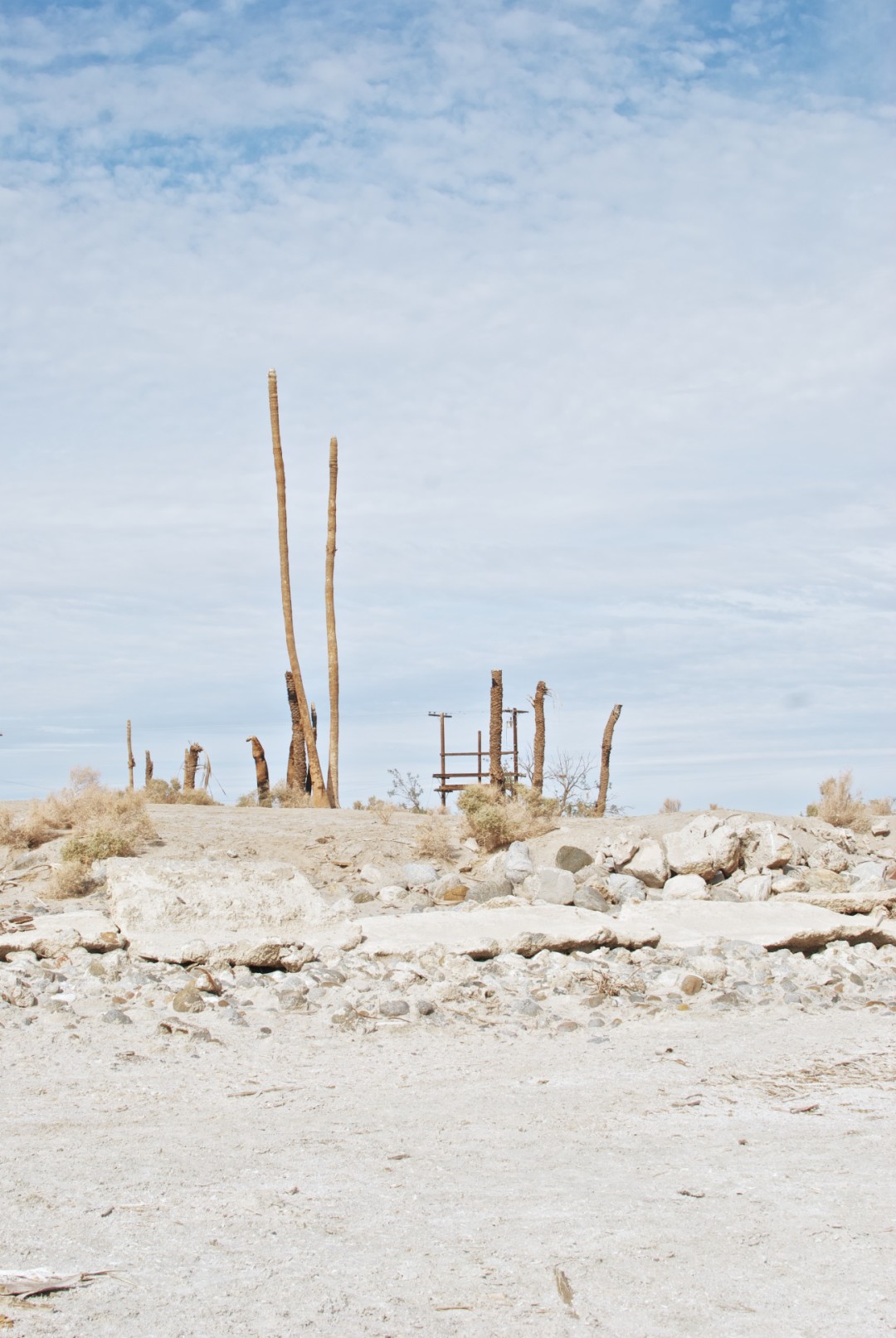 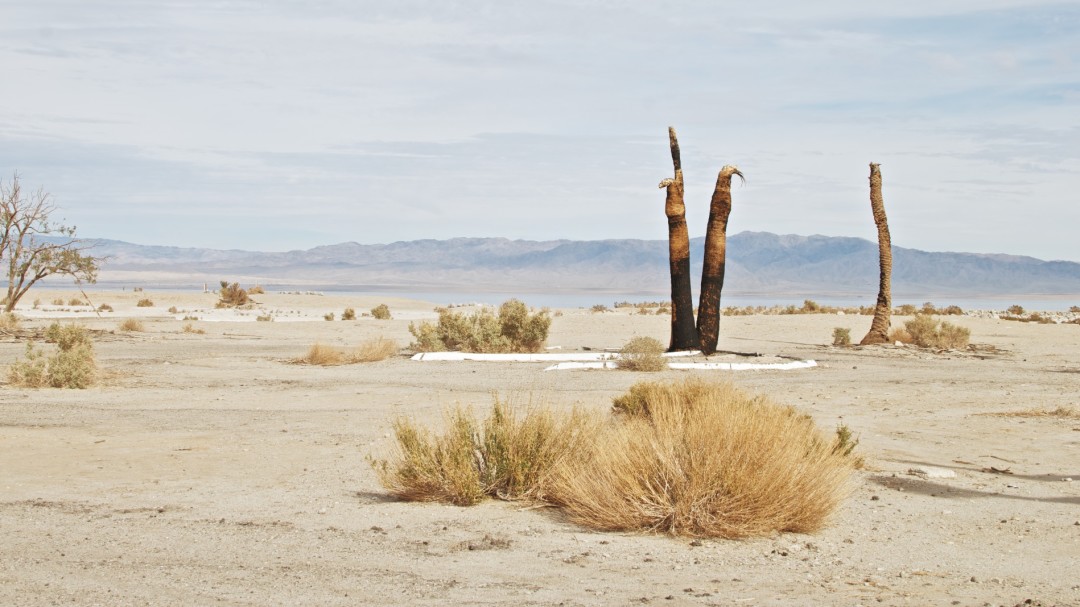 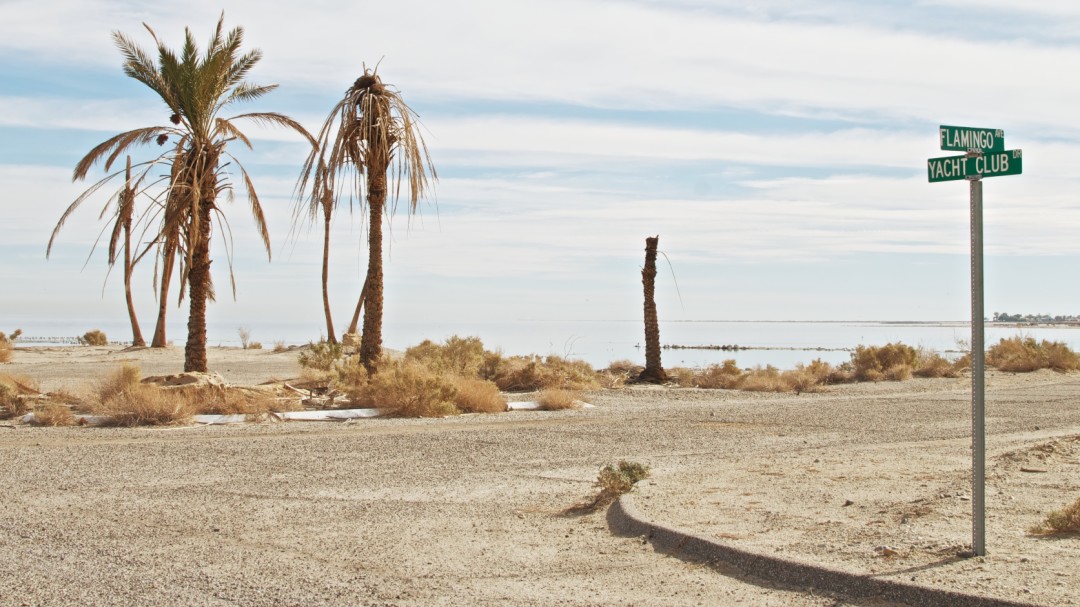 Obituaries of the Salton Sea and its environs have been written many times, but the people on its shore in Salton City never have taken them seriously. With the fanaticism of revivalists, many are convinced they live in Southern California`s last frontier, waiting to be discovered-again. – Bill Graves, Chicago Tribune