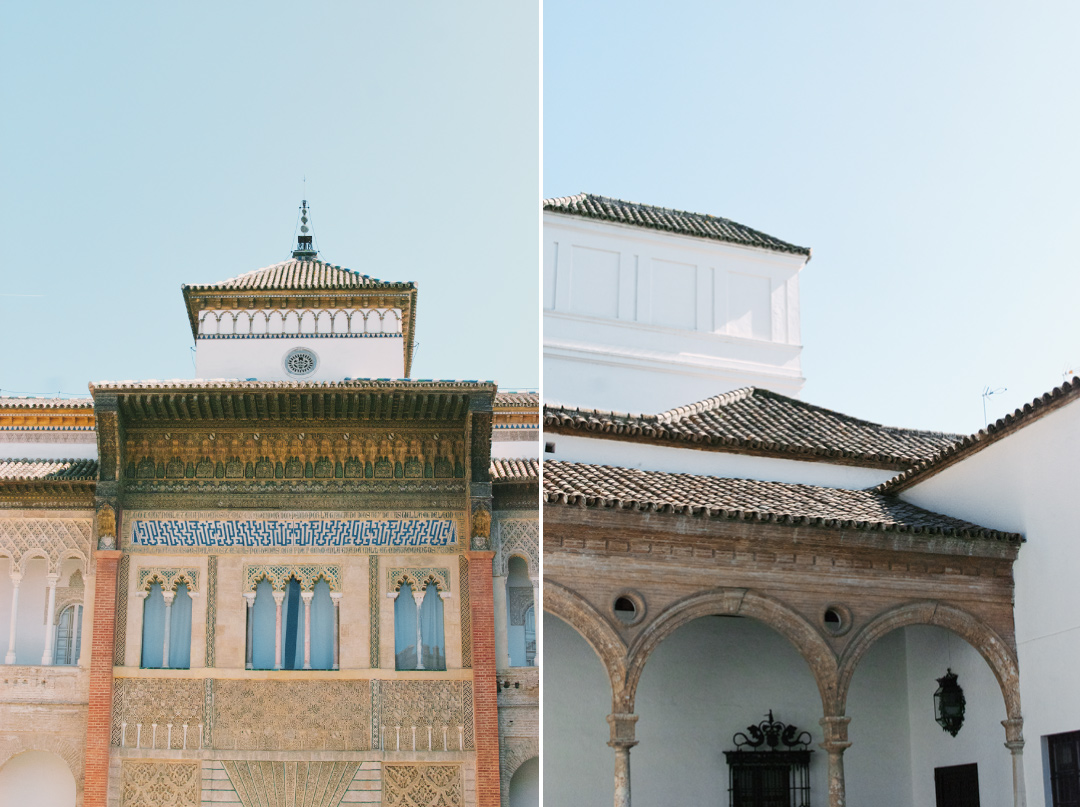 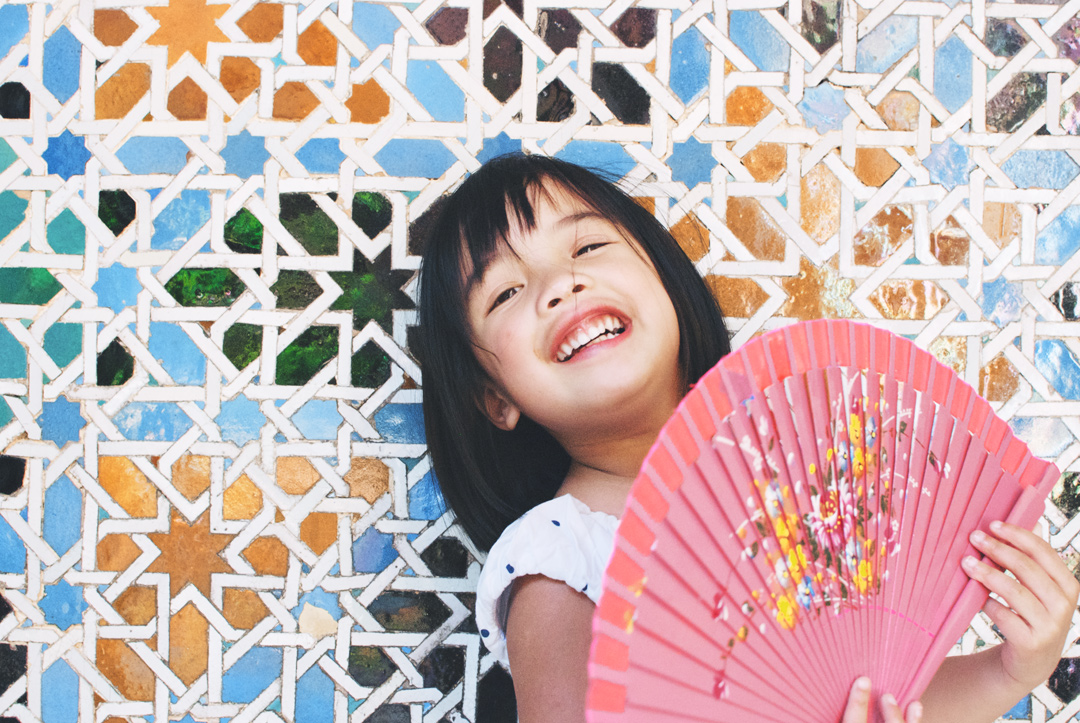 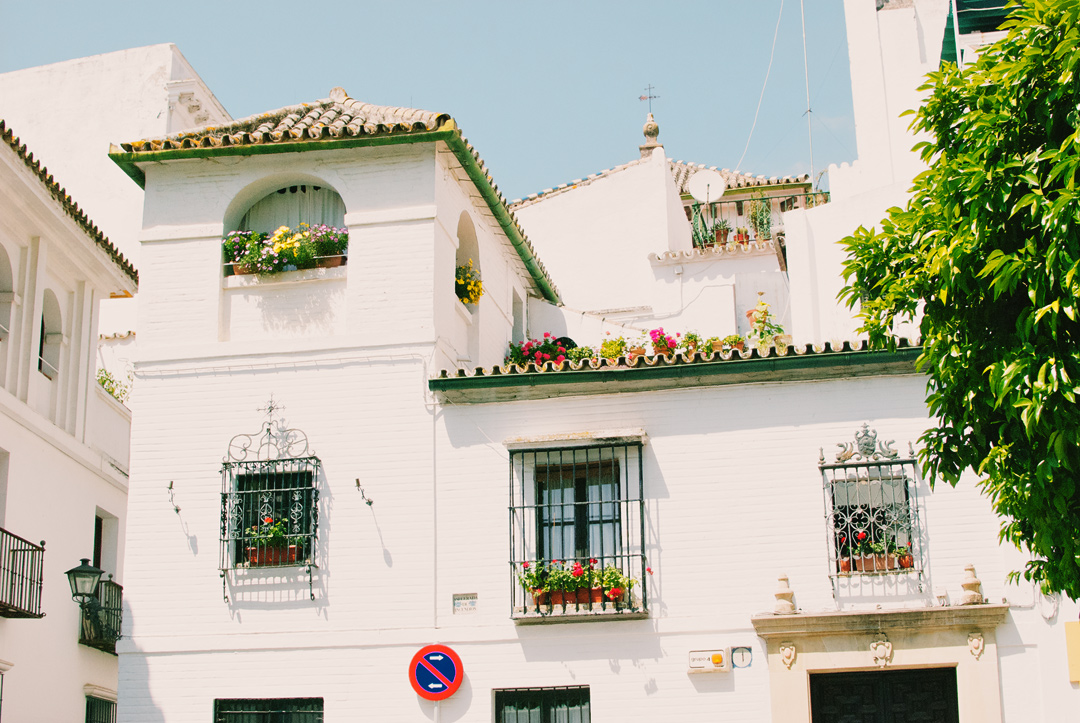 Seville is a beautiful city. Much different from other cities in Spain I’ve been to as it has a more traditional feel with the people and architecture. It’s not trying to be hip or modern, the people are proud with it’s traditional heritage and culture.

We picked up our rental car in Lisbon and did the 4.5 hour drive to Seville. The drive was beautiful and really easy. Surprisingly, there is no border between Portugal and Spain. That was a nice surprise for us! When we arrived Seville, we went straight to the narrow maze like streets of the old town as our hotel was right in the middle of it. Driving in the old town was the most stressful ever! The streets were so narrow and we couldn’t tell the difference between a street and pedestrian. It was so crazy! We got lost in it for an hour until we found our hotel.

Our hotel was right in the middle of the old town surrounded by perfumed jasmine flower and orange trees. It’s the typical Seville atmosphere I wanted to be surrounded by. We stayed at Hotel Rey Alfonso X. Choosing a place to stay in Seville was a little bit more challenging. With road closures throughout the day and night for Semana Santa (Holy Week) processions and having a rental car to park, I made sure we were in a hotel that has it’s own parking lot within the hotel grounds. Hotel Rey Alfonso X is in a perfect location with it’s own parking and valet service. There are so many other choices of hotels that are more charming but they either lacked parking space or the parking lot is separate from the hotel which I didn’t want. Parking in Europe is kind of a nightmare. So if you have a car to park, make sure the hotels parking is within the hotel and not separate like a block or two away. I always like staying close to everything especially having a 4 year old in tow. It makes it easy to get back to the hotel at any time of the day and I also like the idea of being able to walk out and having so many restaurants and cafés to choose from. 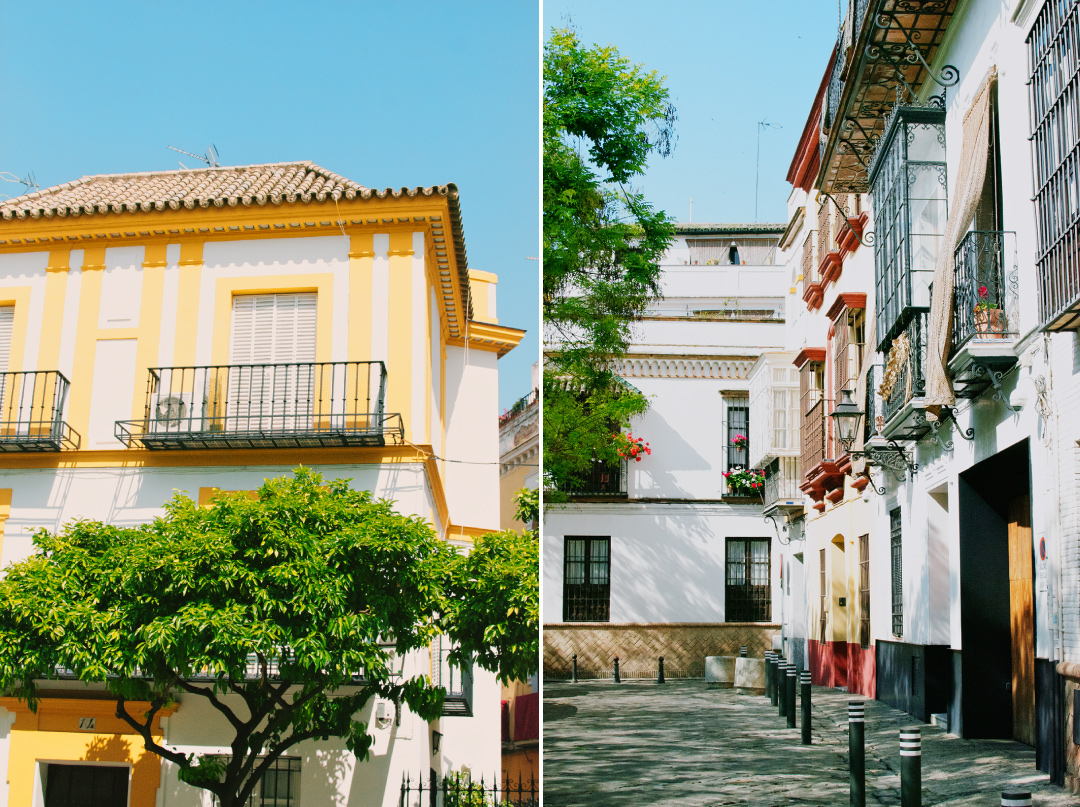 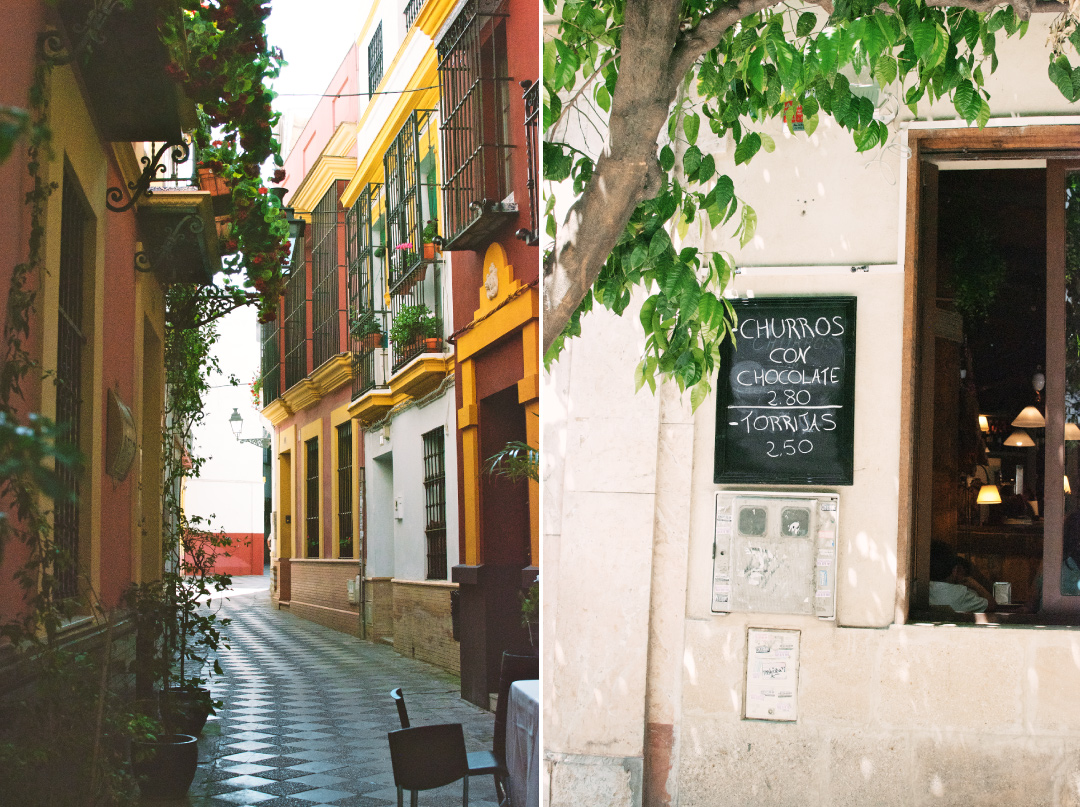 Seville is fairly small and you can walk around to most of the major spots. Places we visited:

Plaza de Espana
This place is so grand and the architecture is so beautiful. This is the photo you see in most tourist postcards of Seville.

Flamenco Show
This is kind of a must if you’ve never seen one. I’ve been to Spain before and have seen it but we knew Luna would love it and something she had to experience. So we went to a theatre to watch one. Totally a touristy kind of theatre but she loved it and still talks about it until now.

Seville Cathedral
A Cathedral that dates back to the 15th century.

Plaza de Toros de la Maestranza
Bullfighting arena. We joined a free tour which is available on certain times of the day.

Other than the places above, we explored the neighbourhood of Triana, visited a couple markets and enjoyed the city while walking and getting lost in it.

As for food, we ate a whole lot of tapas, paella and churros con chocolate for breakfast every morning. Luna was in heaven to have churros every morning. She loved it! Thankfully, the churros cafe was just right by our hotel. 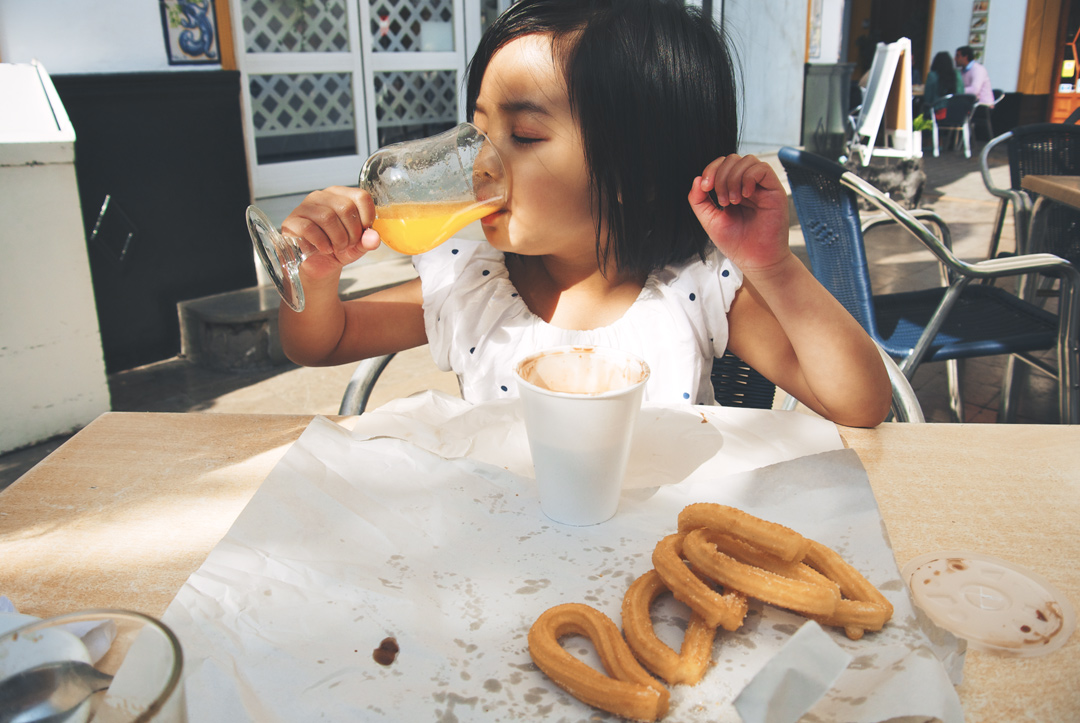 Semana Santa (holy week) in Spain is a huge celebration. There are processions all day and into the evenings. It gets pretty crazy but really cool to experience it. The labyrinth streets of the old town are just packed with people and you hear drums and music coming from all different areas. Giant floats of the Virgin Mary and other saints are carried by men underneath it. It’s quite moving to watch. The streets are packed with people and balconies covered with more people watching. It was also nice to see the locals dressed in their formal attires and the kids all looked like little dolls. It must be part of the tradition but little sisters are dressed alike like twin even if they are not and same with the boys. I couldn’t stop taking photos of them.

As for the people dressed in pointy hats, it’s not what you think and what we associate them back home in North America. There’s actually no connection between the two at all. It can be kind of eerie at first to see streets filled with people in their tall pointy hats and matching robes with their faces completely covered except for their eyes. You see hundreds of them during Semana Santa. The purpose of their faces being covered is it symbolizes mourning and also a sign of shame for the sins they have committed throughout the year. Some of them even go barefoot as an act of sacrifice for their sins. Also, it’s not just men that are dressed in these gowns and pointy hats, girls and little kids are dressed in it too. They are part of a church. The little ones carry a basket filled with candy and chocolates which they give out to the kids watching. Luna was thrilled about this and she quickly learned to stick her hand out during the procession and she got loads of treats from them. It’s really a great thing to experience. Come in April for this!